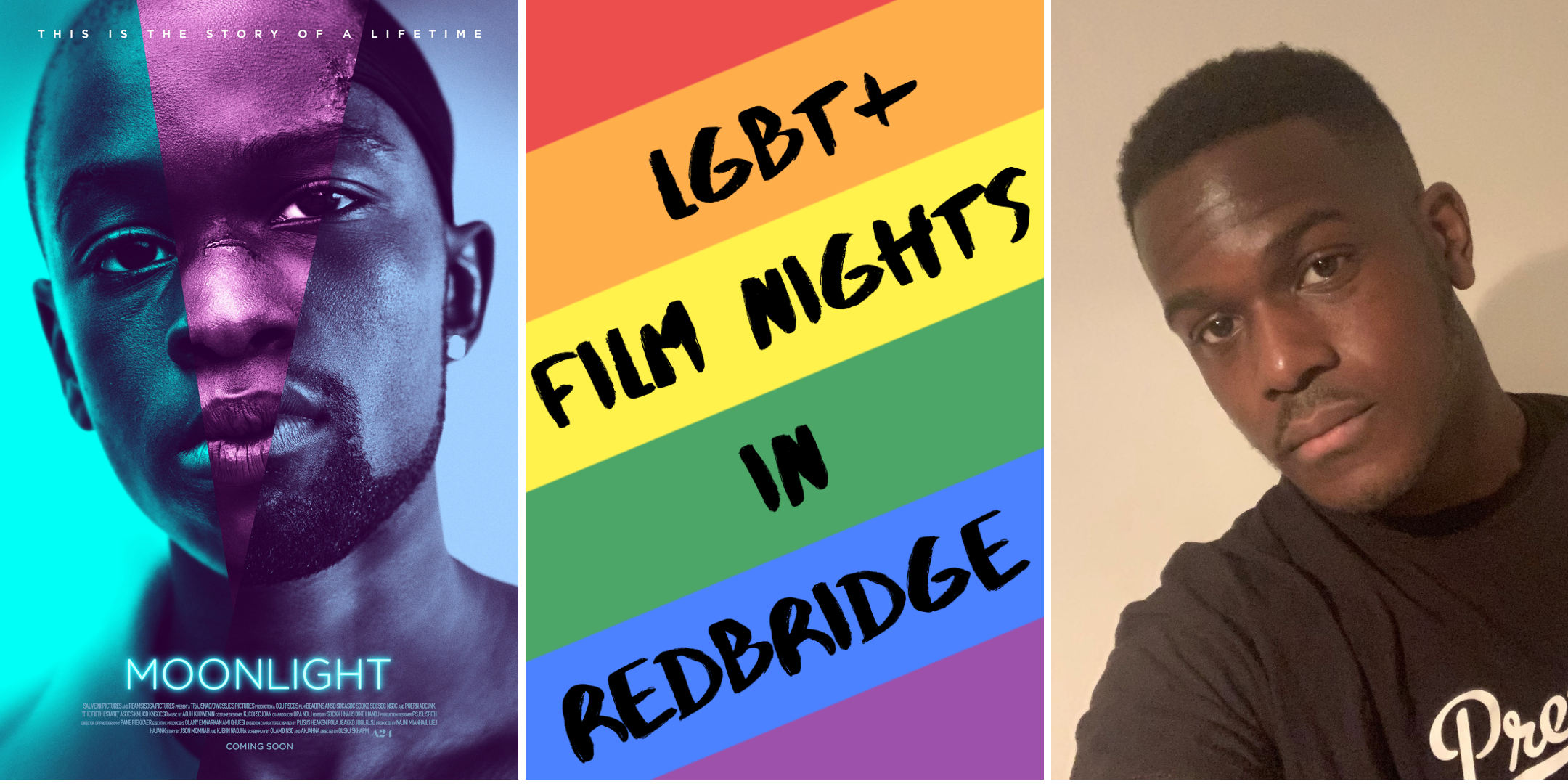 Our regular film screenings in Ilford, in partnership with Redbridge Libraries!  For this screening, we are going to show the Oscar-winning Moonlight – shown in the York Room.  This will be followed by a discussion led by Phil Samba – a social activist and writer with a focus on health inequalities of people of colour – explaining his experience of growing up as a black gay person.

In 2018, Phil was recognised with a Gay Times Honours award.  His work primarily focuses on improving sexual health of queer men of colour so they have the best sex with the least harm.  Within all of his work, he strives for equality within the intersection of race and sexuality and provides honest representation of black queer men.

With GMFA, he co-developed and starred in both the Me.Him.Us. campaigns – encouraging black men to get tested for STIs and HIV through posters on social media, and across London.  He graced the cover of MNEK’s debut album Language and played his love interest in the music video for latest single Girlfriend.  Phil is also an advocate and user of PrEP, the HIV prevention drug.  He has written articles in mainstream media and gay media and has featured in TV, radio and podcast appearances on race and sexuality, PrEP and sexual wellbeing. He recently took the role of strategic lead of peer mobilisation project #PrEP4QueerMenOfColour at Prepster, a community based organisation that aims to educate and agitate for PrEP.

GET YOUR FREE TICKET HERE.

For more information about this film night and the events in general, please email Massimo Nardi.