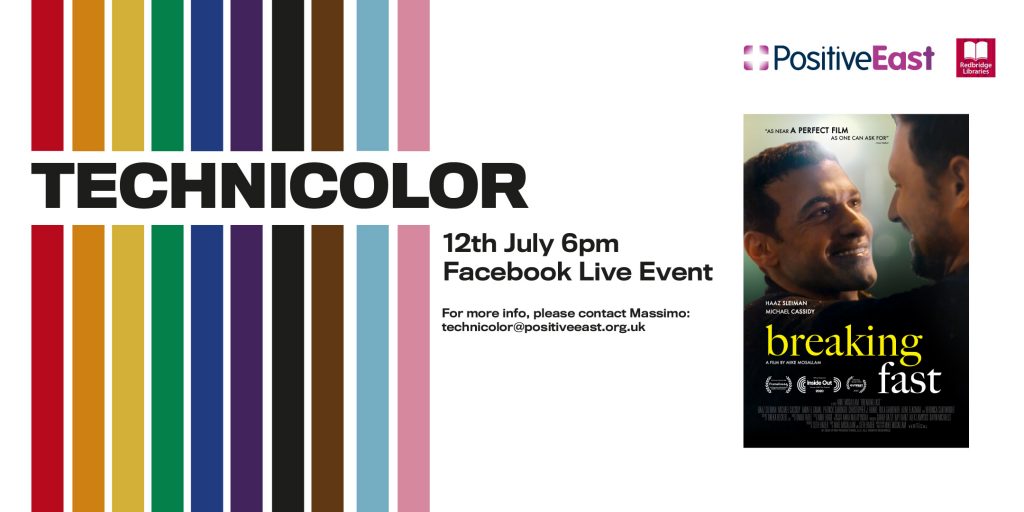 To be shown on our Facebook Live here at the time of the event.

This month we invite you to join us as we discuss ‘Breaking Fast’ (available on demand on YouTube) – a film about a devout Muslim living in West Hollywood who makes an unexpected connection with an actor during the holy month of Ramadan.

Massimo will be back as our host and will be joined by two special guests – Ferhan Khan and Khakan Qureshi – to talk about interfaith relationships.

– Ferhan is an LGBTQIA+ activist specialising in Queer Muslim + Nonbinary visibility and tackling racial and gender inequality. They work in the field of transportation planning with a keen interest in making walking and cycling safer and more appealing. Ferhan is also a climate change and environmental activist that brings attention to the harmful effects of greenhouse gas emissions from fossil fuel burning.
– Khakan is the Founder of Finding A Voice, a voluntary led organisation for South Asians LGBT+ aged 18+ of any faith, culture, religion or disability. Khakan, despite threats, joined No Outsiders creator Andrew Moffat to lead the Birmingham Pride parade – the very first time the parade was led by members of the LGBTQ+ Muslim community – to support ‘No Outsiders’ in schools.