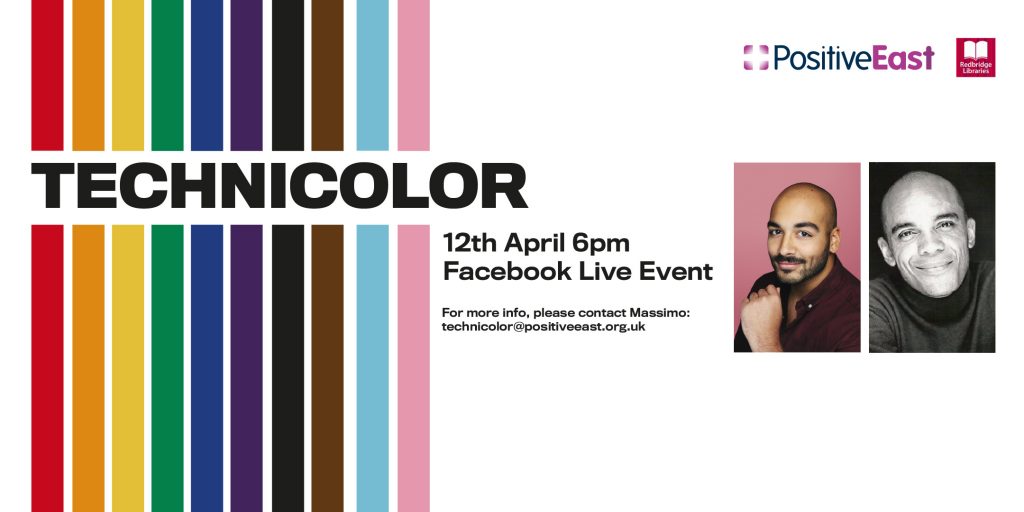 This month we invite you to join us as we discuss the documentary ‘Olly Alexander: Growing Up Gay’ (available for free on BBC iPlayer).

In this documentary, the Years and Years singer and star of the Channel 4 drama series “It’s A Sin” discusses his personal struggles with his sexual identity and explores the mental health issues faced by members of the LGBT+ community.

Massimo will be back as our host and will be joined by our very own Andre Smith – Counselling Coordinator at Positive East – and special guest Alexander Leon.

Alexander Leon is a writer and campaigner focussed on LGBT+ rights, anti-racism and mental health. His work on issues such as sexual racism, LGBT+ mental health inequality, and global LGBT+ human rights has been featured in The Guardian, BBC, MTV, The Independent, Huffington Post and more. He is currently working with LinkedIn as part of their LinkedIn Changemakers campaign, which connects businesses to activists to encourage change in the world of work. During the day he works in comms and campaigns, and as an inclusion consultant for businesses and NGOs, with a focus on intersectional inclusion.