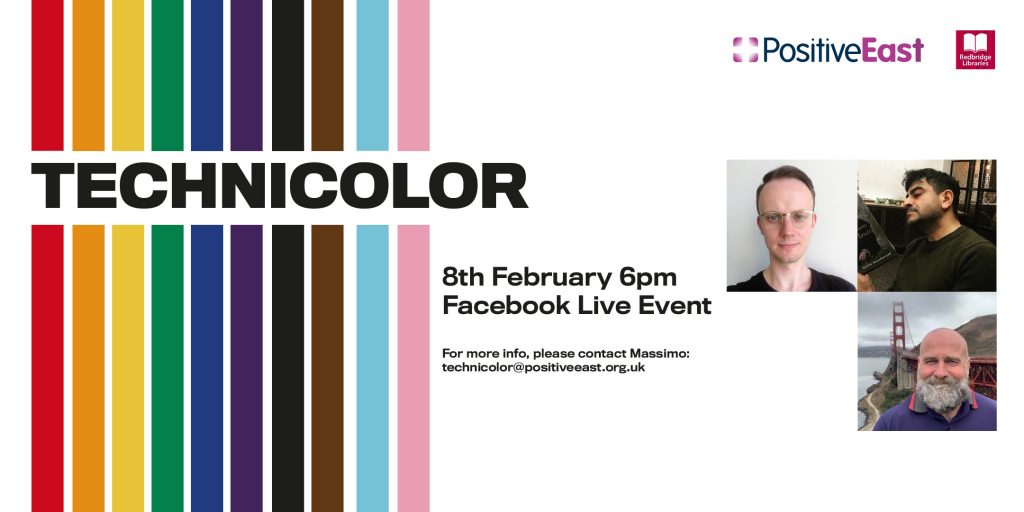 This month we invite you to watch the 2014 film ‘The Normal Heart’ (available on Amazon Prime). Based on Larry Kramer’s 1985 play of the same name, the film depicts the rise of the AIDS crisis in New York City as seen through the eyes of the founder of a prominent HIV advocacy group.

Massimo will be joined by three fabulous special guests – Peter Bampton, Ash Kotak and Greg Leonard.
– Peter Bampton is Positive East’s Prevention & Testing Team Manager. He started volunteering in college as a Reading Buddy at a Primary School and has since volunteered with HIV support, LGBT-led and sex worker solidarity charities. Peter worked on one of the UK first’s Trans programmes and is a Trustee for an LGBT charity in Brighton
– Ash Kotak is a playwright, film maker and curator. Ash set up Aesthesia.org to work with marginalised and dehumanised communities to amplify individual voices and illuminate new understandings of complex narratives through the creative arts. He also leads #AIDSMemoryUK – the campaign to establish a London AIDS memorial.
– Greg Leonard has worked at Positive East since 2018 as our Peer Support Officer for Gay/Bi MSM. Before joining us, Greg worked in anti-human trafficking for 7 years at HM Prison Wormwood Scrubs.